There are many people in the Home Brew community who are quietly push the craft forward, one of these is David Lucas who has been arranging the SMaSH OFF competitions for the last 6 years. Check out how you can get involved over at their Facebook page https://www.facebook.com/groups/207910892885911/

Here is a little bit about the history of the event written by David:-

“The idea behind the SMaSH Off is that the entrants are simply to brew a smash beer,     A smash beer is a way for any brewer to really get a feel (taste) for any base malt and any hop variety. It is also a very economical way to brew as it minimizes the cost of the batch. SMaSH brewing is an excellent way to learn about the flavors various malts and hops impart on a beer.

Keeping the basic as the backbone of the competition, over the years it has evolved with subtle changes in the rules trying to find the right format into which the future of the competition will manifest. There have been a few failures to say the least but now I think I have a formula that will work and give the entrants the best experience possible.

With all that being said the SMaSH Off is all about learning, getting a group of brewers to brew and getting the opportunity to learn about flavours without having to brew many SMaSH beers yourself. The competition side of it is a both fun and aslo an opportunity to get feedback on the beer you brew getting differences of opinion’s not only on the beer you brew but the beers your tasting as well, seeing how your palate measures up to your peers.

The rules of the competition are simple and can be found on the UK SMASHOFF 19 facebook page, but in short it is a peer reviewed first round where your beers are scored, and the top 2 beers from each hub will advance to a final stage where independent judges will review and score the beers which will announce the winner. There are prizes available for the winner along with a newly added SMaSH Off winner trophy. As an additional stage to the SMaSH Off im introducing a “Beat the Pro” where a pro brewer enters a SMaSH beer and is pitted against the finalists where it will be judged by the same panel of judges and scored in the same fashion, it works like this, if the winner has a higher score than the Pro he will win an additional prize if not the Pro brewer with win it, not sure what that prize will be yet maybe a plaque stating “I Beat The Pro” or something like that.

Hopefully I have covered everything, im not much of an author so please forgive me if I made a hash of it. If you have any question or wish to enter please visit the facebook page for all the info.

Many thanks to The Malt Miller for its continued support over the past 4 years making a lot of this happen for me.

Cheers everyone and happy brewing 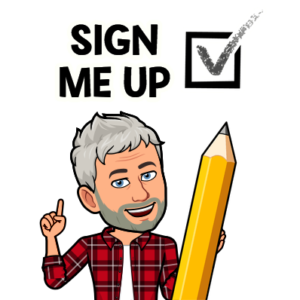