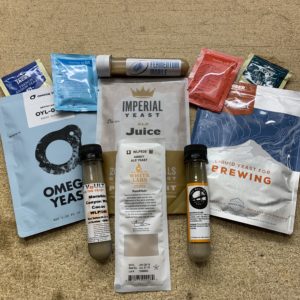 For sometime now we’ve been getting really fascinated by the amount of impact you can create with the growing varieties of yeast which are now available to home brewers. Theres been an explosion bigger than any blow off tube could ever cope with in the amount of strains, our own range has grown to over 200 wet yeast strains varying from Vermont yeast from Fermentum Mobile, to core the exciting Wild strains from Omega, to WLP546 Maranon Canyon Wild Cacao Vault strain.

Whilst learning more and more from the variety of labs that we are working with and discussing their processes on capturing these wild strains of yeast and how they then select and grow to a commercial strain we kept coming back to wanting to develop our own strain of exclusive yeast that could offer brewers something that isn’t available anywhere else.

So today we are pleased to be able to tell you about NBS Robs Mompara Wild Yeast.

A wild natural grown yeast that ferments best at 37c delivering results not seen ever before in any of our fresh yeast range, its a multi use yeast that doesn’t seem to have any limitations on beer style. If we were to say it favoured any particular style this would be a disservice, it rips through big ass Impy Stouts in a matter of days, produces huge fruity hazy IPA’s, but also has the ability to produce some of the cleanest and driest lagers we’ve ever tasted, all at 37c and in record times. With this yeast you could have a beer in your glass in as little as 5 days after brew day.

The secret to this super yeast strain is months of work and development, skim reading a few books from Amazon, and half listening to conversations while pretending to be interested from the science guys in the labs we talk to. The process to grow this yeast though is something we would not recommend anyone else attempts at home, its dangerous and to be honest we thought of it first so just don’t rip us off!

Mompara yeast is a hybrid strain of yeast that is unlike any other, the yeast is actually produced in Rob’s gut. Over a period of 3 months we started slowly feeding Rob various strains of yeast (usually the out of date packets), we started introducing it to his coffee*, this was fairly easy to do as when Rob makes a coffee he leaves it somewhere in the warehouse and doesn’t come back and drink it until its cold and by this point we can easily get a couple of vials of yeast into it without killing the yeast strains. 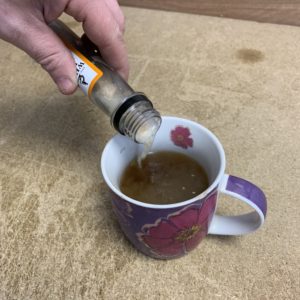 We used some of the funky stuff from Yeast Bay over the first week, then moved onto the classics from White Labs, then onto the many Kveik strains we now stock, but we needed to increase his intake if this was to work, so then started adding dry yeast to his food*, a sprinkling of Belle Saison to his pies* or butties* seemed to not get noticed, whilst Imperial Yeast seemed to go well in his instant noodles*. 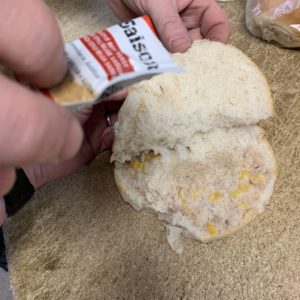 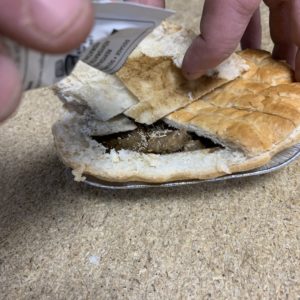 After the first month you could see a change in Rob from our experiment, and he certainly smelt a lot more ‘yeasty’ , it was almost like working with a jar of marmite, thankfully he seemed to have a natural occurring spunding valve built in and the pressure would be released so as not to make him burst. But this was very uncomfortable for everyone else at the Malt Miller.

One of the interesting side effects of this experiment that we did notice after the second month is that Rob seemed to develop auto brewery syndrome, meaning that whenever he ate anything his body or the yeast in his gut would then turn the sugars into alcohol, so if he was to munch on his favourite Maltesers the next hour he’d be pretty much spannered. 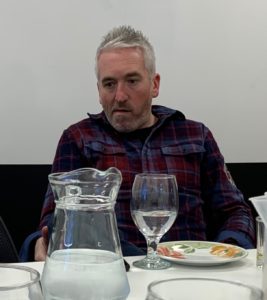 This continued for 2 more months without Rob knowing what we had been doing, we were pretty sure he would have been up for it but didn’t want to take the risk of him not wanting to be our human mega blend. The time came though to harvest the yeast so that we could grow it in a lab, working with Dr A. Mompara of Moreau Labs we had a number of options for extracting the yeast safely that didn’t involve some kind of surgery. This is the crappy science bit that we aren’t able to share though, lets just say it remained a natural extraction process.

The yeast samples were then sent away to Moreau Labs who in turn have now produced a limited first batch of the yeast which is exclusively going to be on sale from ourselves. The beers that we have produced and fermented using the yeast have been just out of this world. And you’ll be please to know that Rob now has had a good rinse out with Iostar* to kill off the yeast and is back to normal.

We hope you enjoy using this really uniquely crafted yeast strain that is exclusively available from The Malt Miller from April the 1st 2019.

*It goes without saying, please do not try any of this at home, we are professionals and if you were to do any of this it would be very bad for you.