We are always told sanitation and temperature control are two of the fundamentals when brewing a decent beer, get these wrong and you can infect or off flavour your brew. Temperature control might not be so fundamental with Kveik yeast which can be used to ferment up to a temperature of 40° C. Surprised, I was until I tried it… 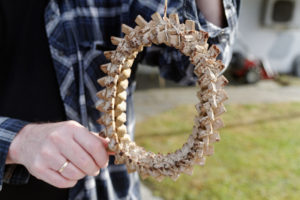 KVEIK (pronounced like K-VIKE) means yeast in Norwegian local dialect.  it is an ancient yeast that’s usually formed of several strains some naturally produced over many years. Its not a strain Kveik is the name of the yeast. It is historically used in Norwegian local farmhouse beers and there are many different types. Don’t let “farmhouse” fool you it is far from farmhouse funky and is now being used to quickly produce many different styles of beer due to its unique properties.

Kveik can tolerate temperatures from 20° to 40° C with no off flavours (fusel alcohols, diacetyl, or acetaldehyde) and produce a beer with a balanced or fruity ester profile depending on the strain. It is a busy super-fast yeast that takes off quickly, some report in as little as 30 minutes. A high flocculation rate means it can drop out to a clean beer in as little as three days depending on the strain.  It has been described as the most flocculent yeast people have ever used. Afterall its purpose was to quickly brew beer that was drinkable in as little time possible, very rarely was Norwegian farmhouse beer conditioned in the past. Brew, ferment, drink which is the impatient brewer like me.

Having experimented with OMEGA YEAST – OYL-061 – VOSS KVEIK to brew a Chinook and Comet IPA at 28° C I was amazed my airlock coped with the speed of fermentation.  From pitch to completion in 4 days a little cold crash and it was done. Although a bit green the first taste from the keg after a day was very drinkable. Conditioned for a few weeks and the yeast profile with the hops has really come through to a pleasant citrus beer with a spicy note to it. You do however have to be careful the hop profile does not overpower what the yeast brings to the beer.  Some people have been known to brew with little or no hops when using Kveik but that depends on what you really want from your final beer and the final flavour. Something I may try.

At the moment, being the impatient brewer that I am, I cannot find a down side to this yeast and the two brews I have done (I plan to do and write about many more as I feel some experimenting with temperature and styles coming on).

The upsides are many but just a few below:

Beware though bottling can be an issue due to high flocculation there may not be any yeast left to condition your beer. You may need to add yeast to the bottles to ensure carbonation.

Kveik has been developed into commercial strains that perform equally with many differing characteristics and at varying high and low temperatures.  With commercial Kveik available from suppliers at Escarpment, Omega, WHC, Yeast bay and Fermentum Mobile there is now a wide range to choose from that will suit many profiles of beer.

To find out more you need check out the “Kings of Kveik Yeast” Lars Marius Garshol at Larsblog. A blog on Kveik would really not be right with out bowing down to them.  Without Lars Marius and  Håken Hveemat this yeast would not be available commercially.

This really could be the yeast that has something for everyone.  The new brewer with no temperature control, the impatient brew it drink it type no conditioning (that’s me), or the expert wanting to experiment with different flavours and temperatures. If you want a fast acting, high flocculating, clean yeast where temperature control might be an issue this is the yeast to use.  So dig out your favourite recipe and substitute the yeast for a Kveik to experiment with its potential to do a quick clean brew, fermenting behind the couch in the living room, or in the state of the art stainless steel fermenter give it a go. It may surprise you.

Many thanks to Duncan for his post, if you have any brewing experiences or posts that you would like us to feature on our blog then please do get in contact with us using email hello@themaltmiller.co.uk